On Writing and Parenthood 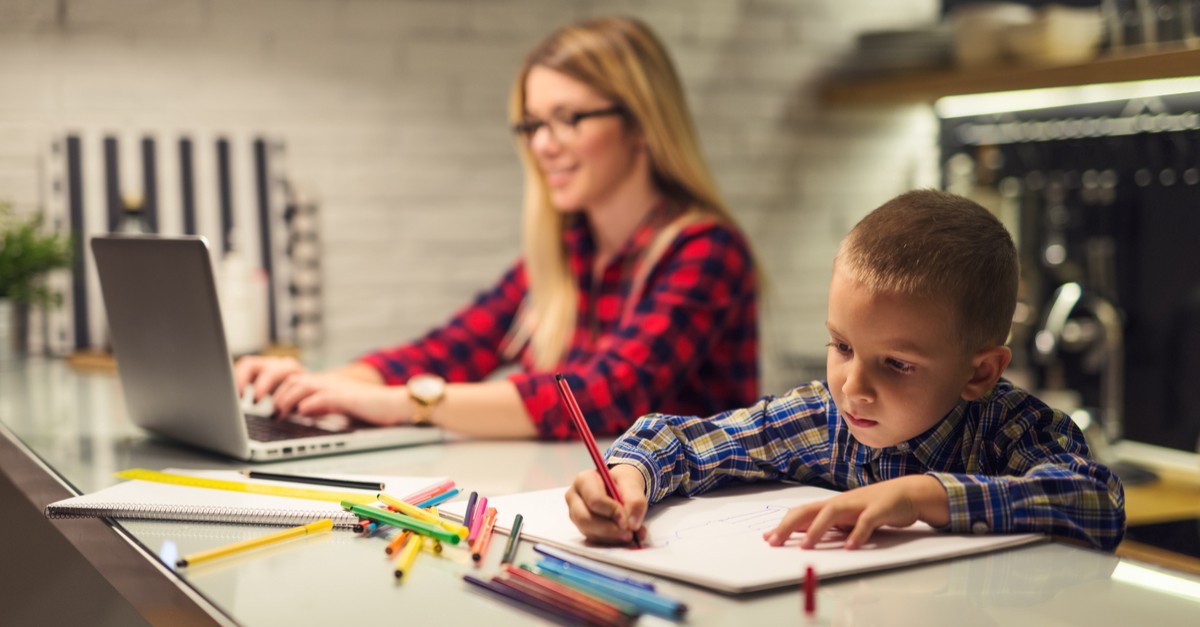 Are the two compatible?

Probably not. But life is long.  You don’t have to do everything at once.

I saw The End of the Tour on Saturday night – probably required viewing for any fiction writer or writer-about-fiction-writers.

The movie has gotten deservedly great reviews from film critics far more astute than me, so I’ll spare you my generalized gushy praise.  (Anyway, the truth is that I go to movies on “date night” with my husband and our theater-of-choice has a full bar and very comfy seats that allow you to really settle in with your wine and your organic, locally-sourced and artisanally prepared snack, so, really, I could just watch a random stranger’s vacation slide show there and I’d still find it a lovely and transcendant viewing experience.)

The thing that’s stuck with me from the film and pushed me to actually sit down and write something about it, after a summer of reprehensible bloglessness, was the scene when David Lipsky, the interviewer, asks David Foster Wallace, just crowned as the great American novelist of his generation, about whether he’d like to have children.  And Wallace, who reveals all kinds of deep, dark things about himself, is incredibly reticent to even broach the topic.

The little he says, though, is pretty profound.  Like that writing a book is, in its way, a lot like having a child, the same kind of investment of oneself in staking a claim on the future.  But he also acknowledges that it can go wrong in the same way, too, that it can be too much about perpetuating your own ego.

He’s strikingly honest about the deep self-involvement it takes to write a great book, like Infinite Jest,  and how a writer’s relationships can be warped by that: an intense need to be alone but then, every so often, a profound desire for companionship that can turn the writer’s partner (or child, or friend) into something more like a comfort object or a fetish and less like an actual human being.

The truth that he doesn’t get into is that a huge number of Important writers were either actually childless or just really shitty parents.

I try to tell myself that sometimes when I am wallowing in the notion that I haven’t yet achieved what I’d like to achieve as an author.

Where’s my great novel?  It’s in the laundry and the kitchen sink and on the playground and at the Little League game I couldn’t miss and stuffed into the cushions of the couch where I curled up and read a book or watched a movie with my kids instead of holing up in my office and writing.

But that, as I would have said, between puffs on a French cigarette, in grad school, is a false construct.

There are – let’s start with, say, Barbara Kingsolver – plenty of really great, serious writers who also have kids and do not seem to have completely fucked them up.

It’s disingenuous to offer up my kids as an excuse for my own failure to realize what I (perhaps arrogantly) see as my own potential.  In the same vein, I sometimes act like it’s also their fault that I gained weight this summer: I was just so wrapped up in taking care of them and hanging out with them that I didn’t have time to exercise.  But it’s not really true.  There are ways.  There’s always a way to do something you really want to do.

I can, and have, managed to carve out time in my life as a working mom for things that have mattered.  It’s all about priorities.

This summer, my kids – the youngest about to turn 6 and the oldest set to turn 9 a couple weeks after that – were in that incredible sweet spot of not needing naps or diapers or sippy cups but still being young enough that they truly enjoy hanging out with me (and even each other.)  I have 10 more summers before the first leaves for college.  Sometime before then, they’ll be too-cool teens who will not jump for joy at the prospect of a day trip to the lake with their mom.  They’ve been priority #1.

My consulting business, the one that pays actual money, as opposed to this whole fiction writing thing, has expanded in a big way.  I am one of the world’s more reluctant capitalists and definitely an unlikely entrepreneur, but, I have to admit, I really like the whole bringing home the bacon thing, not least because it takes some pressure off my ridiculously hard-working husband.  A couple of top tier priorities right there: my marriage and my business.

Throw in my time-consuming kitchen habits (obtain big box of organic, locally grown produce from our CSA, research recipes, prepare produce in a way that my family will eat, lather, rinse, repeat), my incredibly meaningful volunteer work at the Veterans Administration Hospital in Madison and the usual work of keeping a household running and, yeah, there wasn’t a lot of time to work on my second novel.  Or, you know, my abs.

The kids are heading back to school this week, I’m getting some more time back in each day, so I’m hoping I won’t be constantly in triage mode when it comes to figuring out how to use each minute.

Maybe I will find the time that allows me to someday become a serious fiction writer who also has non-fucked-up kids and a reasonable BMI.  That could take 10 years or maybe forever or maybe it will never happen (the serious writer part, I mean). And I’m OK with that.